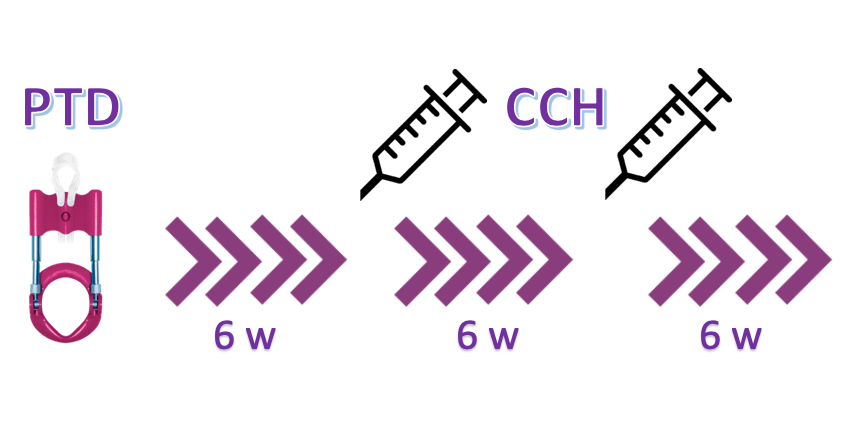 In the last 5 years various treatments have actually been recommended for Peyronie’s condition. The American Urological Association (AUA) as well as the Canadian Urological Organization (CUA) have recommended a clinical procedure based on binding collagenase injections along with everyday use the penile traction device. Currently a brand-new clinical research much better adjusts the quantities of collagenase and also just how to utilize penile traction. This study was published in The Journal of Sexual Medicine in May 2019, based on the work of the urology divisions of 2 health centers of the University of Madrid-Spain. The title of this research is: The penile traction device reduces the number of collagenase cycles in Peyronie’s illness.

The approach utilized to perform the scientific research was based upon accumulating 63 patients diagnosed with Peyronie’s illness and treating them with a combination of both treatments, collagenase and penile traction tool. The criteria for collecting individuals were being over 18 years old, having a curvature of greater than 30º, having a fibrosis plaque that was palpable which influenced the sex-related life of the patients. Medical professionals accumulated all the information, such as IIEF-5, PDQ indices, the time because they had signs and symptoms, and the Kelami test on penile curvature.

During the scientific research, patients got a maximum of 4 cycles of treatment, each cycle based upon 2 injections of collagenase in 24-72 hrs, complied with by utilize of the penile traction device for 6 weeks. The everyday use the device was a minimum of 4 hrs a day.

The results gotten by the 63 clients were very clarifying to establish a brand-new medical method. Of all the individuals, 4 did not comply with the research, yet 59 did. 59 clients received 1 cycle of therapy, 41 received 2 cycles of treatment, 15 received 3 cycles as well as 4 got 4 cycles. At the end of therapy, the mean curvature was 36º, with a decrease of -24 º (-40%). The main variety of cycles was 2.

The final thought of this clinical research study was that the combination of collagenase together with the penile traction device manages to minimize the number of collagenase cycles and obtains results comparable to other medical studies, achieving an enhancement in the cost of treatment.